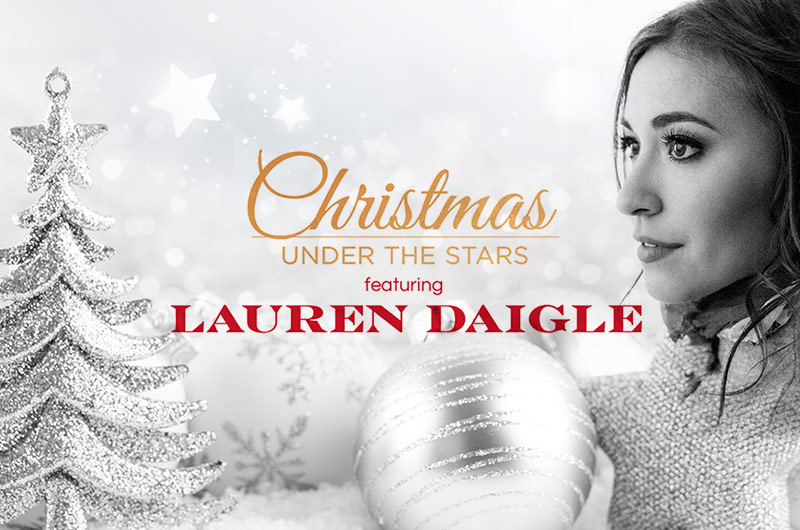 Are you a Lauren Daigle fan? Yeah, me too. I recently got the heads up of a Christmas special she’ll be headlining Sunday, December 6. Her music is inspirational and worship-filled. Seriously good stuff.

This is a bit different though and I’m curious how you feel about it by commenting below. She’ll be on BYUTV which is run by Brigham Young University…Mormon.

You might remember I wrote about Lauren and her appearance on the Ellen Degeneres Show last year. It was an amazing performance. She’s definitely going places many in our faith might not. Her music carries a great message with it and it’s a message everyone can stand to hear. It’s not the healthy who need a doctor after all.

Having had a quick sneak peak into the special, I can assure you that you won’t be disappointed. The jazzy, raspy vocals, amped by tight background vocals, everything we love about Lauren is on display during this special. Combine them with your Christmas favorites and you’ll be singing right along. Truly a great special from the small portion I’ve seen.

I’m going to tell you when the special airs, but first this caution. Mormon people are among the nicest, most amazing people you will meet. But, they don’t hold to the same Biblical truths and even follow different teachings from the Book of Mormon written by a guy named Joe Smith who felt he had additional revelations from God. Spoiler alert—that ain’t the case. Matthew 24:24 says, “For false christs and false prophets will arise and perform great signs and wonders, so as to lead astray, if possible, even the elect.” He knew convincing cults would arise after Him, but God finished His Word. It’s not like He forgot something and then said it needs an update. His Word is complete. His next Word will be in person.

The Mormon faith makes what is so simple, convoluted and murky with a blasphemous view of who God is. In a nutshell: “If you declare with your mouth, ‘Jesus is Lord,’ and believe in your heart that God raised him from the dead, you will be saved” (Romans 10:9). That’s the Gospel. Anything else is leading us astray.

The Gospel Coalition has a good overview of mormonism here.

At this time I don’t know if there will be any sort of proselytizing during commercial breaks, but it’s my understanding there will not. Just listen to Lauren. Enjoy. Delete the app.

Here’s just a bit from the show:

Let’s keep up on social!

Want to join the discussion?
Feel free to contribute!