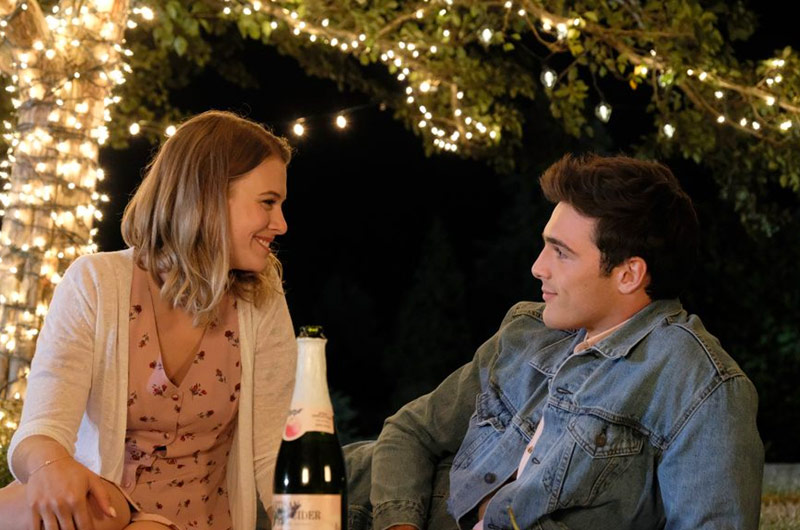 Young love. New love. There’s something that captivates us about the romantic pursuits and yes, awkwardness of meeting that someone special. It’s why Hallmark Channel repeats the same plot over and over with different characters. We love to fall in love.

The film 2 HEARTS struck a nerve about innocence, love, pain and selflessness. OK, several nerves. I don’t want to spoil it for you, but there are surprises in this film. You will laugh and you will cry. I say that with certainly.

At the heart of 2 HEARTS is a very faith-filled metaphor of the life-giving gift of grace that we as believers sow into the lives of others so they too can have eternal life. It’s also poignant in that life doesn’t always go as we planned, yet Romans 8:28 rings true: “And we know that for those who love God all things work together for good, for those who are called according to His purpose.”

It is a chick flick. However, if you’re a guy that likes to watch the occasional Hallmark movie with your better half (I won’t tell anyone), you’ll endure this — it’s very good acting and relatable. Even dudes need to bring tissues.

Heads up: there is an inappropriate bedroom scene in the sense that one couple in the movie shares a room, but are not married. Also, there are scenes where characters are a bit underdressed on the beach, but scenes are fairly short.

It’s in theaters now for at least one more weekend.

Let’s keep up on social!

Want to join the discussion?
Feel free to contribute!

Before the Wrath Film Review & Giveaway