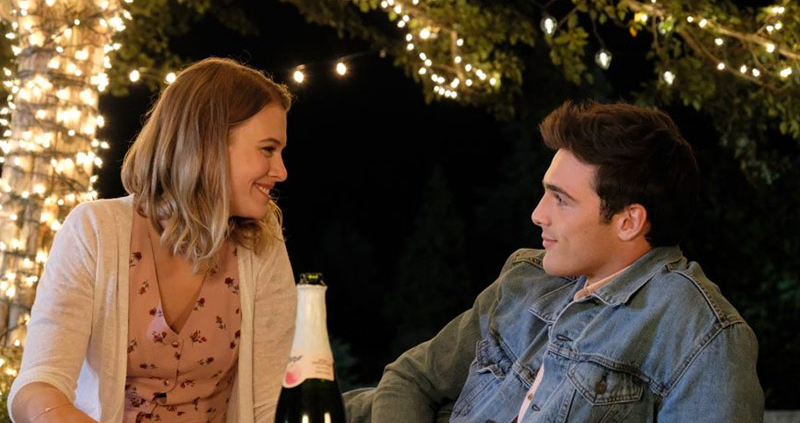 Young love. New love. There’s something that captivates us about the romantic pursuits and yes, awkwardness of meeting that someone special. It’s why Hallmark Channel repeats the same plot over and over with different characters. We love to fall in love. 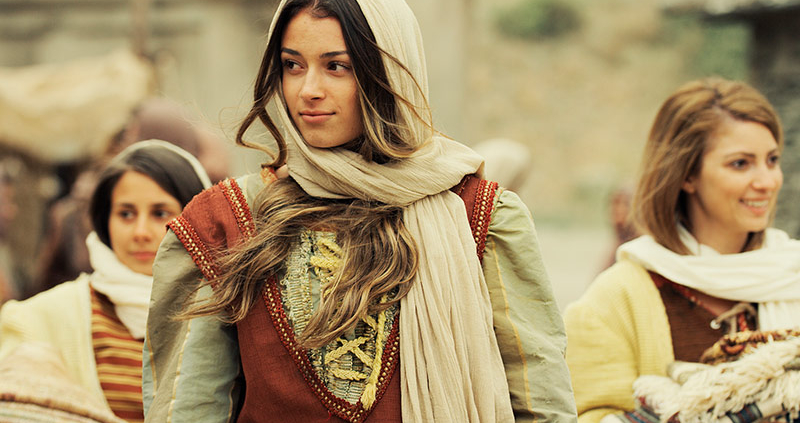 New Years Eve we were all celebrating the promise of the year ahead as we ushered in 2020. By mid January, we were wanting 2019 back. Truth is, all we’ve gone through the past nine months has probably had us all thinking a bit more about Bible prophecy and what today’s events might mean. 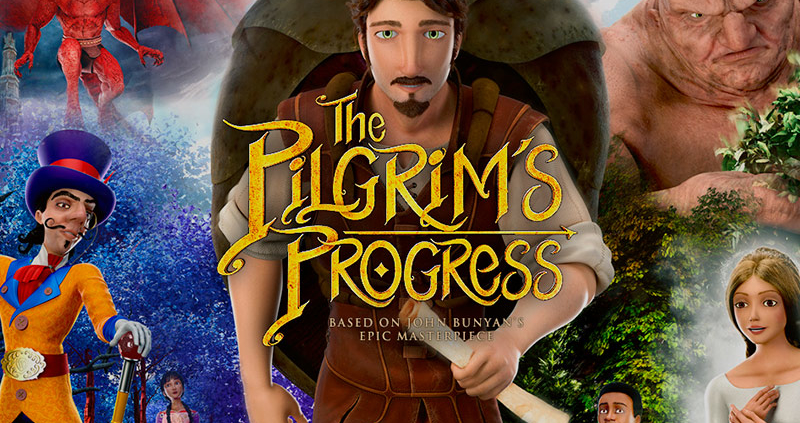 I recently had the opportunity to view a screening of The Pilgrim’s Progress film. You might be surprised at my review of the beloved classic… 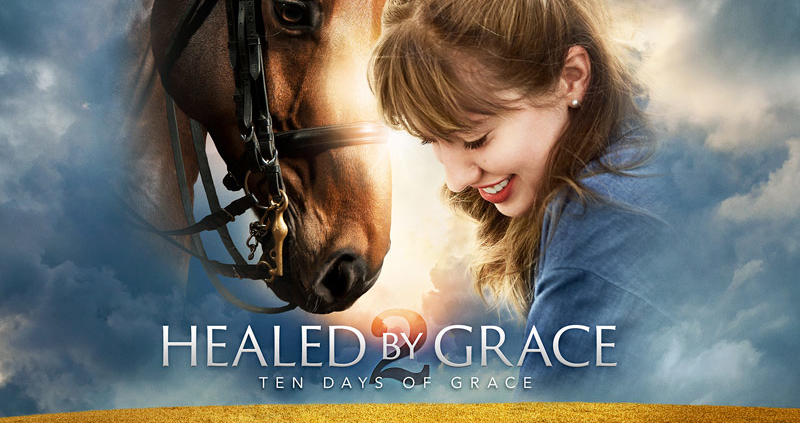 From time to time, I have the opportunity to review a new faith movie release. This one, Healed by Grace 2, is the sequel to Healed by Grace. To be honest, it’s not the best production level. But, the heart and message is there. [Note: don’t miss the ticket giveaway below]

Do you have the capacity to forgive a hurtful wrong?

Truth is, forgiveness helps us as much if not more than the one who caused the hurt. And, beautiful things can happen when forgiveness is extended. Our faith is centered around it and this movie addresses it.

As daughter Jesse is approaching her 15th birthday, she’s made it clear that all she wants is a horse — a painful revelation to mother Brandy as she’s left that past behind (or so she thought) with a hurtful history with her estranged father Gauff that put rodeo before family. To complicate things, Brandy just received a terrifying cancer diagnosis, but hides it from her daughter. Enter Jesse’s father who puts himself between a rock and a hard place as he tries to satisfy Jesse’s passion for horses and rig a potential reconciliation between Brandy and her father. So, he sets up a training summer camp at his father-in-law’s facility. It creates a humorous awkwardness for the father, and at the same time, opens up the past once again for Brandy, forcing her to confront her father and decide whether to extend the forgiveness Gauff is looking for.

A few things bothered me in this movie: 1) the Lord’s name in vain with two OMGs casually thrown out and 2) a mock “making out” session in the ending outtakes. They should have known better and to me disqualifies it for an entire family viewing.

Take a look at the trailer:

Available now on digital. Available on DVD on Sep. 18 at these online retailers:

Want to win a 2 DVD Combo? Simply enter below. Hope you win! 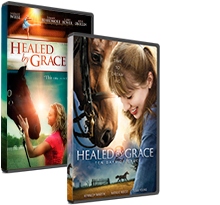 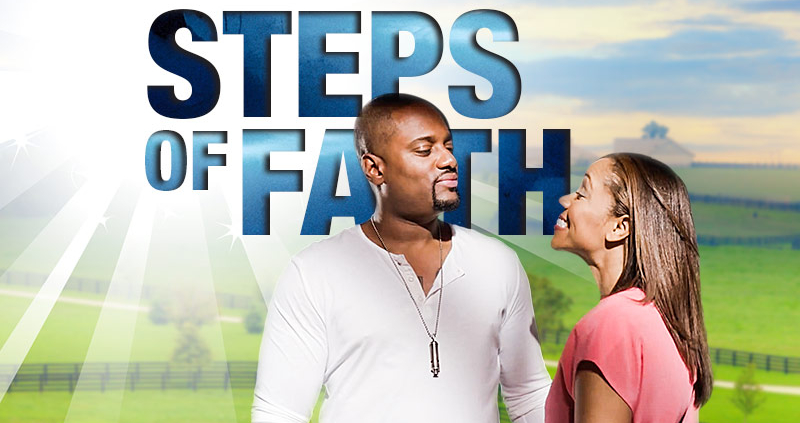 We’ve all been there — convinced that God has given direction to us. We follow, but it’s not what we expected. Was it a wrong turn or did I misinterpret whether I truly heard from God?

“My sheep listen to My voice; I know them, and they follow Me.”

That’s where accountant Faith Houston is at. In the dramedy movie Steps of Faith, she’s been given clear direction from God to pursue a job at the Steps of Faith Hippotherapy farm. (I didn’t know what that was either, but it’s a farm dedicated to pairing animals and children for therapy purposes). Trouble is, Faith is uneasy around animals…and children. Humor and angst surround her determination to make it at this farm.

The movie starts out a bit shaky with a bit of poor production and some bad acting, but quickly picks up and pulls you into her life story with humor and a budding romance with a surprise. Oh, and Ted Lange of The Love Boat fame stars in this.

Overall, it was a great movie with a good faith message of holding on to what God has asked of you — even when it gets tough and you’re not sure you’re on the right path anymore. That IS called faith. It’s fairly family-friendly, although some comments such as “get a room” when the mom and dad are kissing made me uneasy as a dad.

Steps of Faith is out on DVD, so look for it online. But, you have a chance to win a copy by entering below. Winner will be announced on Facebook this Thursday at the aHeartCompletelyHis page. Hope you win!

It’s not often someone has a complete 180 degree change of heart. That is, unless God intervenes. The story of Paul is riveting because of that. We see a relentless persecutor of the early Church — standing by as Christians are brutally killed — become one of the most ardent leaders of The Way and a compassionate envoy of LOVE. Facing severe persecution, Paul gladly put himself in harm’s way if it meant that one more person might hear about Jesus. [Note: don’t miss the ticket giveaway below]

He’s a real life hero of the faith and really of mankind.

And that’s why it’s exciting to see his journey come to life on the big screen through Paul, Apostle of Christ coming to theaters Friday, March 23. And, this one has the backing of Sony/Affirm, so it’s well done. James Faulkner plays Paul and you might recognize Jim Caviezel (Passion of the Christ) in the role of Luke. Sony/Affirm hasn’t provided me with a pre-release copy of the film, so I can’t wholeheartedly endorse the it. But, from the trailers and corollary material provided, I certainly am anticipating a strong, inspirational portrayal of Paul and the early Church, albeit possibly graphic at times.

He has survived so much—floggings, shipwreck, starvation, stoning, hunger and thirst, cold and exposure—yet as he waits for his appointment with death, he is haunted by the shadows of his past misdeeds. Alone in the dark, he wonders if he has been forgotten . . . and if he has the strength to finish well.

WINNER: Congratulations to Julie for winning a pair of tickets to see Paul, Apostle of Christ coming to theaters this Friday, March 23!

Note: I am thankful that Sony/Affirm is providing me with a couple tickets and other minor compensation with items related to the movie. I wanted to be transparent about that, although it doesn’t change my excitement for this film!